Learn more about the SDGs 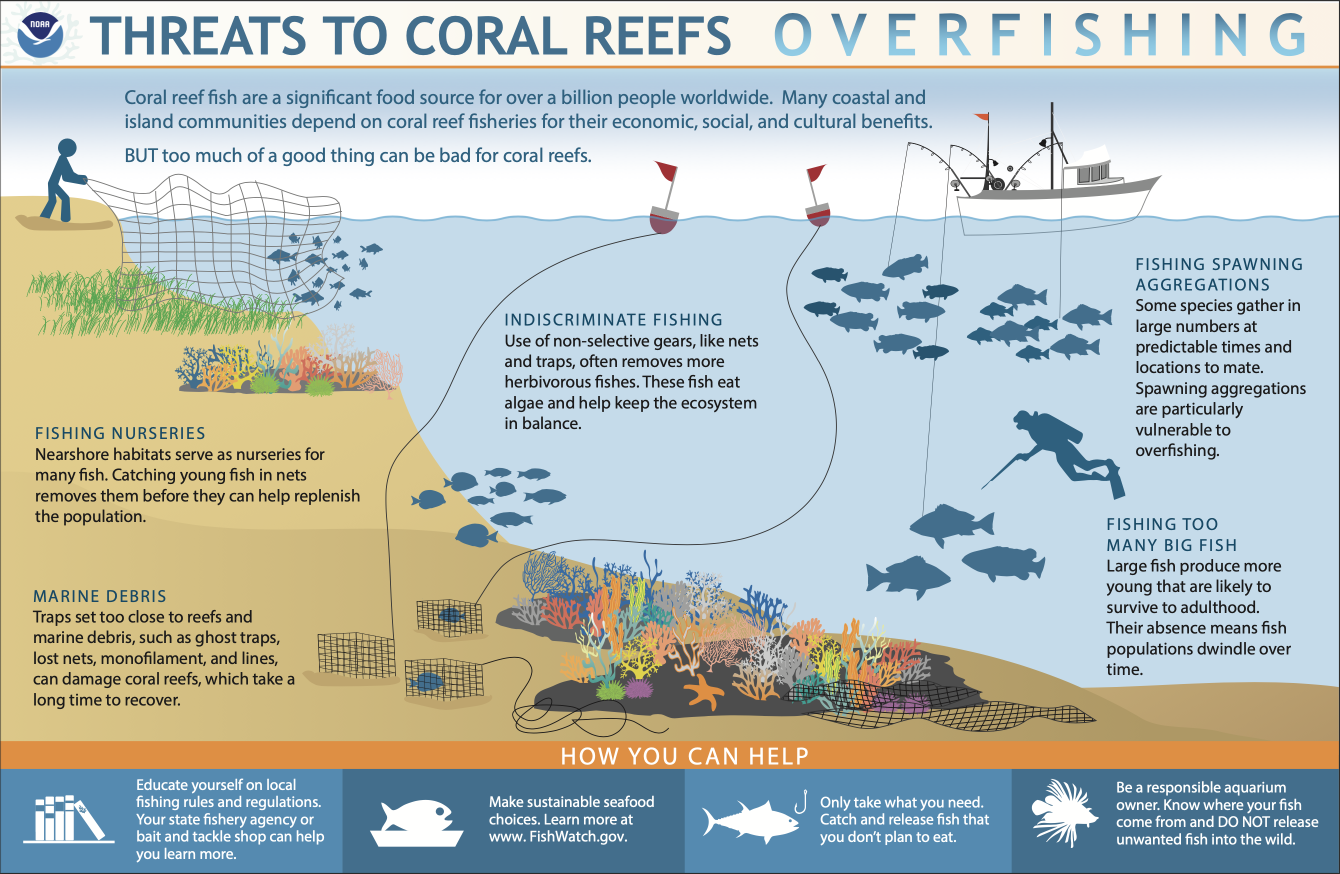 Coral reef ecosystems support important commercial, recreational, and subsistence fishery resources in the U.S and its territories. Fishing also plays a central social and cultural role in many island and coastal communities, where it is often a critical source of food and income.

The impacts from unsustainable fishing on coral reef areas can lead to the depletion of key reef species in many locations. Such losses often have a ripple effect, not just on the coral reef ecosystems themselves, but also on the local economies that depend on them. Additionally, certain types of fishing gear can inflict serious physical damage to coral reefs, seagrass beds, and other important marine habitats.

Coral reef fisheries, though often relatively small in scale, may have disproportionately large impacts on the ecosystem if conducted unsustainably. Rapid human population growth, increased demand, use of more efficient fishery technologies, and inadequate management and enforcement have led to the depletion of key reef species and habitat damage in many locations.

How is your community working to preserve access rights for fishers?
END_OF_DOCUMENT_TOKEN_TO_BE_REPLACED

Get to know our partners