Thai fisheries have long fascinated me. While living in Thailand from 2018 to 2021, I had the privilege to immerse myself in the Kingdom, exploring the luscious coastal landscapes and savoring the intensely flavorful fish and prawns. My summers in Thailand were spent working at the United States Embassy in Bangkok for the Foreign Agricultural Service (USDA) and later, the Political/Economic office (Department of State). I observed firsthand the dynamics shaping Thailand’s agricultural sector and more broadly the Thai political landscape.

When I was given the opportunity to write a highlight story for the SSF Hub, I knew I wanted to explore the unique nature of Thai small-scale fisheries and provide insight into a place I once called home. Reaching out to a close friend actively working in the Thai Marine Ecology space, I was introduced to Sirachai (Shin) Arunrugstichai, an associated fellow of the International League of Conservation Photographers. Shin’s work, ranging from conservation to politics and COVID-19, has garnered a plethora of awards and is featured in prestigious publications, including National Geographic.

I had the pleasure of speaking with Shin over Zoom early this August. In the abridged conversation included below, Shin depicts the unique intricacies of Thai small-scale fisheries and answers the hard questions about corruption and politics. Shin emphasizes the quality of product that small-scale fisheries are delivering to the market, the competition they face from commercial fleets and the Thai regulatory environment. 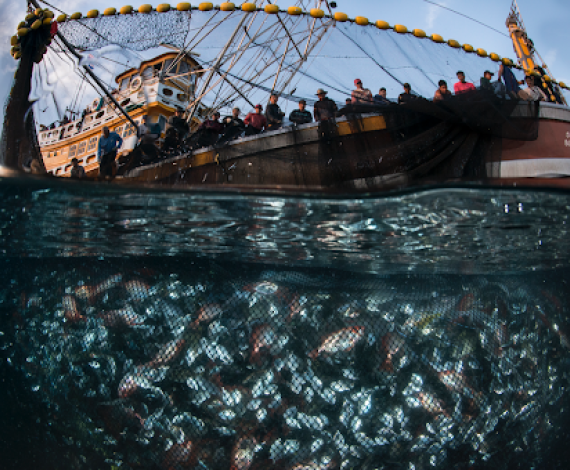 How would you describe Thai small-scale fisheries?

How would you describe the regulation in Thailand? What is regulation like for commercial and small-scale fishers?

The Department of Fisheries runs under the Ministry of Agriculture and places a focus on enhancing capacity: catching more fish. The emphasis is on getting more yield and boosting the exports. The Department of National Parks and the Department of Marine and Coastal Resources that runs under the Ministry of Environment focus more on conservation in national park areas and marine and coastal areas respectively. Different departments can enforce different regulations, while working toward different directions, which can lead to complications. The capacity for patrolling and regulation are major problems to enforcement however, on paper the fisheries laws are decent.

In practice the regulation is often a bit of a let down. The local context is very important. Southeast Asia has unique social values – communal, family values. Years ago I was on a patrol boat when we caught an illegal trawler. The illegal trawler was escorted back to the port. Instead of persecuting the trawler, the patrol boat received some shrimp and scallop in exchange for letting the trawler go with some verbal warning. Persecution is occasionally omitted in favor of keeping people in the community happy. 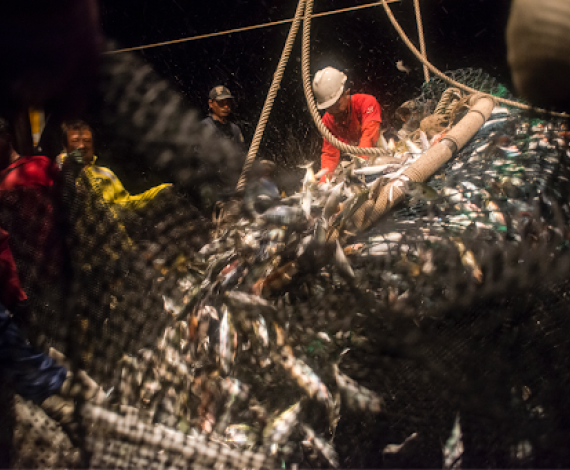 Are there any barriers to effective governance?

Corruption, social norms and working culture can impact implementation of fisheries management. You can talk about it in terms of the actual enforcement at the pier or in the field. Let's just say that more often than not, the large commercial fishing fleet are often owned by influential people in provincial politics. I think that conveys enough message.

How have regulations impacted small-scale fisheries?

There is conflict between small-scale fishers and commercial fishers over the use of coastal areas. Overall since 2015, Thailand has been issued a yellow card by the EU so they’ve been working really hard for three years to combat IUU fishing in Thai waters. The measure was quite drastic and extreme: thousands of fishers were persecuted for illegal fishing. It is a good thing to reduce fishing pressure in our waters, but I think it's quite a knee jerk reaction – lots of jail time and fines, while engagement with the community for long-term change is limited. They didn’t allow a timeframe to reduce fishing pressure or provide any resources to fishermen to develop alternative livelihoods. Compared to the last decade, I would think there are more fish around, especially in marine protected areas, but the data isn’t sufficient to say confidently as there is no data collection on this, only anecdotal reports from scuba divers.

What are the biggest challenges facing Thai small-scale fisheries?

Daniel Pauly from Sea Around Us, who has done many important studies on marine fisheries, did a study with Lydia Teh that estimated that the catch in Southeast Asia is about two times of what was reported (Reference https://www.frontiersin.org/articles/10.3389/fmars.2018.00044/full). I cannot confidently say that the number of boats in our waters is beneath the carrying capacity of fish stock. I think in some areas there are also problems caused by small-scale fishers - they may fish over capacity in nearshore coastal areas that they are allowed to use, such as the nursery area. So I think finer-scale management for the use of nearshore environment is also important, with some no-take zones, along as regulating gear type for specific areas, while involving the local community to help with the creation of local regulations and management plan.

In terms of trends in the Thai fishing industry, from the 1970s to 1990s fishing effort dropped from 300 Kg/hour to 20-30 Kg/hour. Not many species of fish are classified as targeted economic species that ended up into market in Thailand, but the tropical marine ecosystem of the Indo-Pacific region is extremely diverse with thousands of other species. Unfortunately, the other species are often incidentally caught along, with targeted species discarded or sold at low value or processed or utilized in other industries, especially as fish meal for shrimp farming or animal feed. A large portion of these bycatch are juveniles of valuable species, which I think is very wasteful and unsustainable. I think this is a challenge of using destructive non-selective fishing gears such as trawl in tropical waters with high biodiversity, a bigger challenge than fisheries in temperate seas.

One of the projects I’m working on is getting more support to improve the supply chains and promote consumption of overlooked or underutilized local fishes by working with local fishers to increase the quality of the fish and raise the price by about three times. Some high end restaurants have started partnering with local fishers to send local underutilized fish directly to the restaurant and this is being well-received by diners in Bangkok. I hope that this could be a start of this movement. 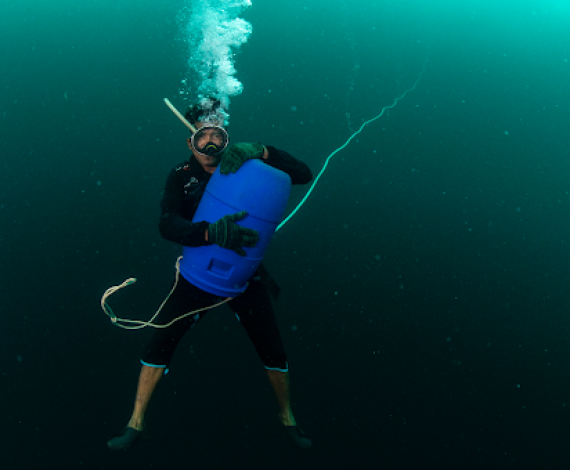 What changes would you like to see implemented in Thai fisheries?

Fewer trawlers, buyback schemes and a shift away from industrial fishing with destructive low-selectivity gears and towards small-scale fishing with higher selectivity gears. Investment in increasing the value of high quality fish from small-scale fishers with support to the supply-chain. I also would like to see more investment into research and monitoring, extending into non-targeted species that are especially vulnerable such as sharks and rays.

What’s the biggest takeaway from your work in small-scale fisheries in Thailand?

More often than not, the impacts from small-scale fishing gears are much lower than the industrial trawlers with higher selectivity and the fish that small-scale fishers catch is often better quality compared to fish caught by large-scale trawlers. The price they receive for their catch seems super underpriced for their hard work and the quality of the product that they are delivering. Promoting their product and shifting the trend for the consumers to favor the fishes from local small-scale fishers over the destructive gears that results in so much bycatch, might be one of the ways to shift our fishing industry toward sustainability. But of course, this requires both the change in consumer behavior and support from policy-makers to address other management aspects on how we utilize fish stocks in our waters and keeping it as stated in the paper.

Get to know our partners