From 27 June to 1 July of 2022, the governments of Kenya and Portugal co-hosted the second United Nations Oceans Conference (UNOC) in Lisbon, Portugal. UNOC brought together over 6,000 participants including heads of states, policymakers, and civil society representatives to discuss the greatest challenges facing the oceans, affirm commitments, and mobilize action. Over the course of the conference, issues such as ocean governance, sustainable fishing, biodiversity and conservation, sustainable development, climate change, marine pollution, and countless others were discussed. The conference also served as a platform to connect communities and bring awareness to the UN’s Sustainable Development Goal (SDG) 14: Life Below Water. 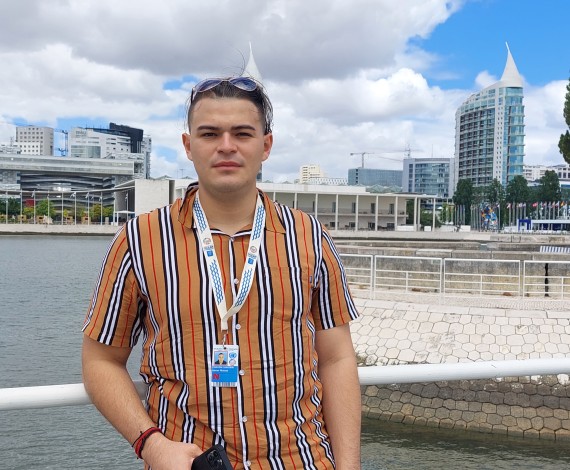 We asked Aaron two questions before he left for the conference, to capture his thoughts in anticipation of UNOC:
Note: This interview was originally conducted in Spanish. Responses have been edited for brevity and clarity.

What excites you most about your trip and participation in UNOC?

What excites me most about participating in the Oceans Conference is the ability to be a part of the Call to Action for Small-Scale Fisheries, the power to reach out and spread the word to an occasion so large and far away in Europe. The power to have an influence and impact as a young person involved in artisanal fishing, which is one of the sectors most affected by a diversity of problems.

What do you hope to gain from this experience?

What I most hope to gain from this experience is, as a young person, to be able to bring cultural diversity with me. To be introduced to a diversity of cultures that go to participate and learn of the issues and diversity of this [artisanal fishing] sector. Also, the companionship and knowledge that we are not alone, that we are many, and that the community of artisanal fishers is one. 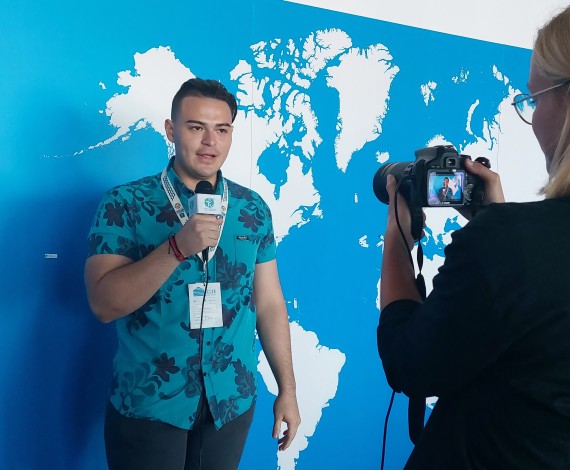 After Aaron returned from the conference, we interviewed him to hear about his experience at UNOC:

What was your favorite event during the conference and why?

My favorite event of the conference was… I enjoyed everything, honestly. Everyone’s stories were quite interesting and quite specific. But the space that I liked most was the Call to Action of Small-Scale, Artisanal Fishers, an event where we were given relevance and importance. We were taken into account and we were heard. In some places, it was a bit more political, but in this event, we felt very warm and welcomed as a group.

Who did you meet that had an impact on you?

The person I met at the conference who had the greatest impact belongs to an organization called CAOPA [the African Confederation of Professional Organizations of Artisanal Fisheries, an African fishing organization]. His manner of speaking, his manner of expressing himself, he expressed in very few words what it is to be a fisher, what it means to belong to this sector, so it was something that impacted me a lot. So, when he spoke, I stayed silent and still because I wanted to absorb everything.

Did you meet other young people involved with fisheries at UNOC?

There were two of us, that was a flaw that needs to be improved a bit in the future, because we were just two young people and no more. And we had a bit of a language barrier because he spoke, I’m not sure if it was French or English, and he had his own dialect. So even though he spoke a little bit of English, and could communicate in English, if you mix that with multiple dialects, there was no way to communicate even if you wanted to. So, it is quite an important point to improve.

What is the most important thing that you learned while at the conference?

Let me see… Well, lots of things. But the most important thing for me at the conference was our friend from CAOPA. He said something very important, which is that, because we belong to this sector, we are seen as poor, or that we don’t have anything. But we are important and we do have access to many things. In this case, the only flaw is that we are not being taken into account when making these decisions.

Do you have a new perspective on fishing and the ocean after the conference?

Honestly, yes. A lopsided perspective, honestly. I saw an unequal perspective represented at the conference, but I believe that we have to continue working and we have to continue looking for solutions. We can’t just complain and complain, because this gets us nowhere. It’s better for us to search for solutions together and move forward. It impacted me a bit that it seemed as though, in the conference of oceans and small-scale fisheries, the political portion, there’s an invisibility, where they were informed that we had worked in the fisheries sector, that we were going to be in this place. But they didn’t really understand the message of the importance of what was being celebrated. They continued their meetings, so I felt a bit disappointed with that part, but it’s not anything uncommon.

Did you feel that your voice, as a young person in the artisanal fishing sector, was heard by other fishers and policymakers / government officials?

Yes, completely. It was a job, a team, and it wasn’t just the team that we formed; We formed alliances with the other fishers from other countries, other communities, other parts of the world, and we worked together. I believe that we made a great presentation, a great turnout. 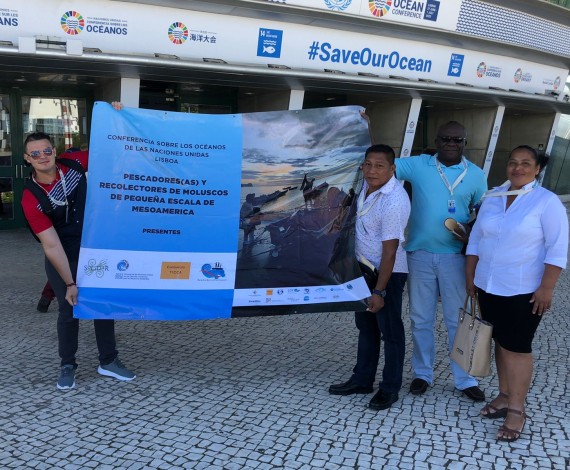 Anything you would want to share with other fishers?

What I would like to share would be to tell them that there is hope, that they can progress forward, that we have to continue being an active part in decision making. Many people want to leave or go elsewhere or stop trying, but this doesn’t help with anything. I believe that, what you have to do everyday is lift your voice and, as they say in my country, “the pitcher goes out to the fountain so much that it breaks.” What I want to emphasize with this is that, if everyone, all of the time, every day, is requesting the same thing that you are not taking into account, sooner or later you will do it. So, I consider this to be very important.

What’s next for you as a voice for young fishers?

A very large responsibility. I worry a lot, but also, I know that I am still young and I can keep holding on for many more years. There are quite a few challenges for the future, and the inequality and other things are very worrying. There are many things, but thankfully, like a sponge, we have to absorb all of this and see what we can do, how to find solutions, how to be heard. But, yes, that’s the truth and there’s no need to back down from what we said here.