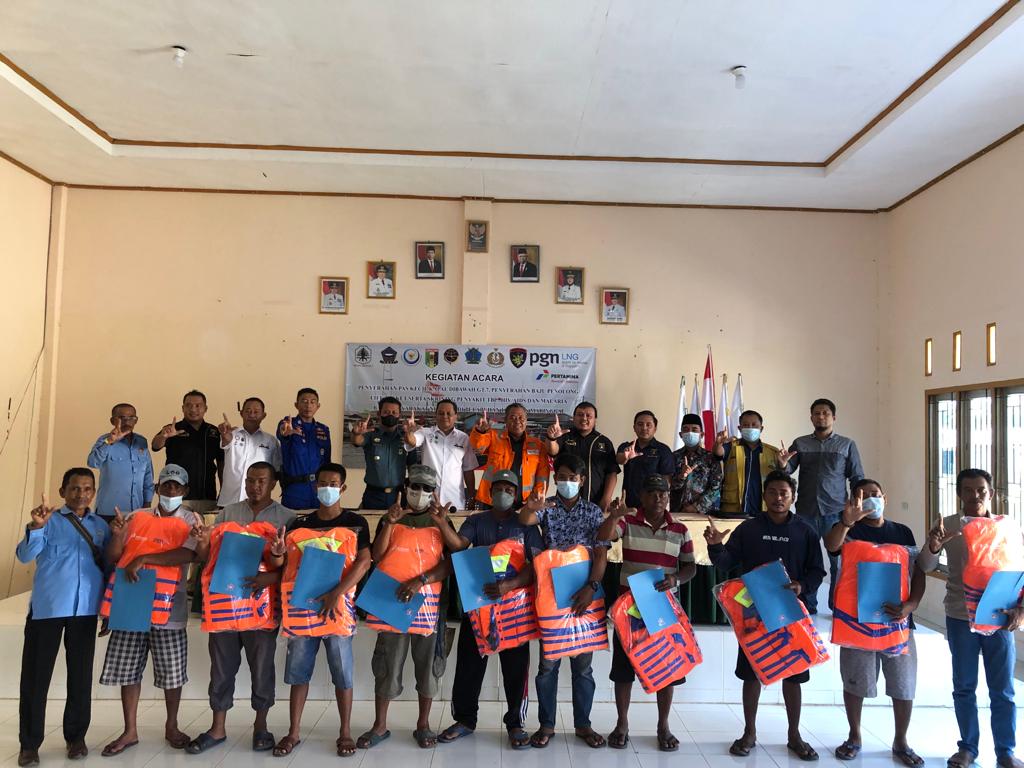 In the handover ceremony, one of the things that was distributed to the public was a life jacket or life jacket. Life jackets can be used by fishermen to float in the sea during an emergency.

In addition to the delivery of life jackets, the event was also continued with the distribution of small passes. Small Pas is a ship's national certificate which is intended for vessels with a koror tonnage of less than GT 7, which mostly consist of traditional boats and fishing boats, especially in Muara Gading Mas Village. 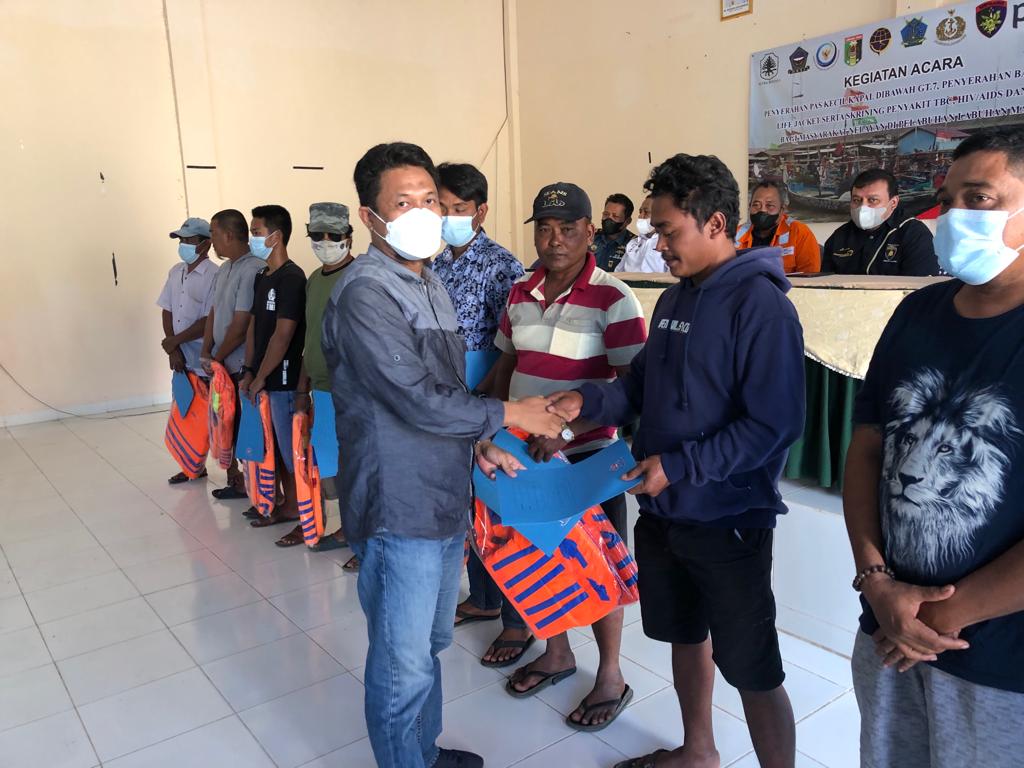 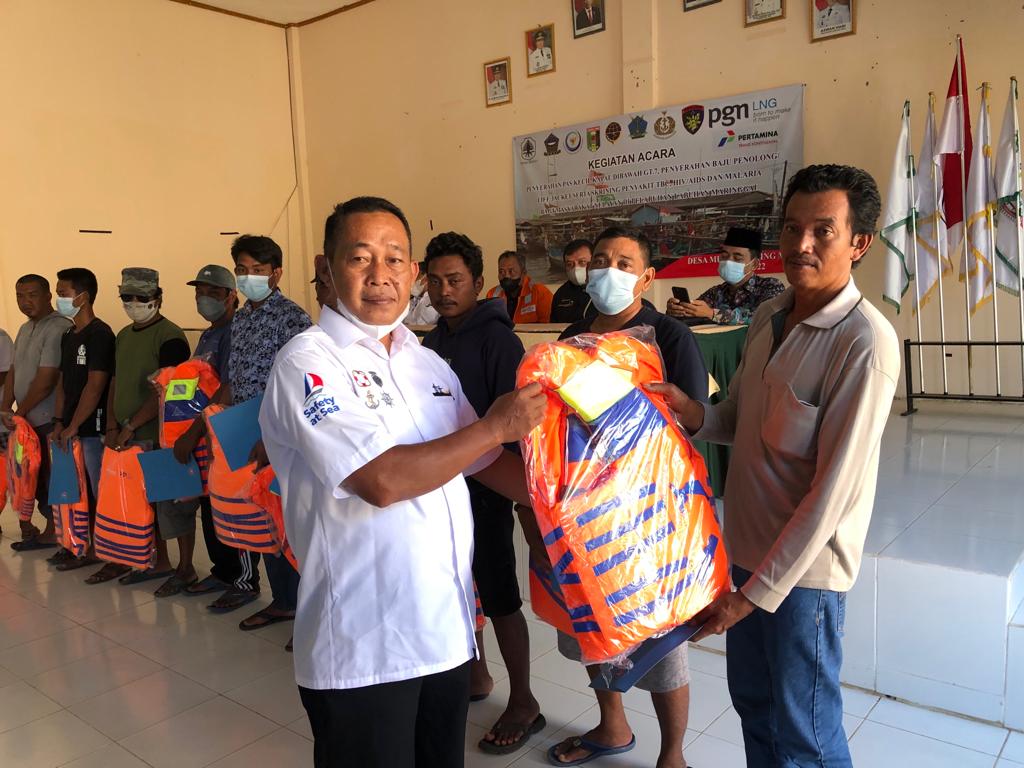 Other activities carried out are screening for tuberculosis (TB), HIV/AIDS, and Malaria. This activity was carried out because there are still many cases that occur in Indonesia and this is still endemic. Therefore, this activity aims to detect early TB and HIV in groups of people at risk of being infected with HIV and TB as well as malaria.